Germs cannot insist, if the cells can resist.

Approximately 40 years ago a scientist in Nebraska proposed that excessive oxidative stress might be associated with accelerated aging.  That scientist, Denham Harman, M.D., introduced what he called the free radical theory of aging and postulated that oxygen free radicals that are produced as a consequence of normal metabolism could be responsible for the progressive accumulation of changes associated with the increasing likelihood of disease.  The more this hypothesis has been researched in subsequent years, the more it has been validated. ​ 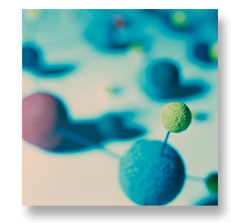 When you are healthy and have optimal cellular function, your antioxidant defense systems are available to quench or detoxify damaging oxygen free radicals before they can wreak havoc with the cells, tissues, or organs of the body.  It is only when physiological systems are “toxic” such as, during a serious inflammatory disease like EBV, causing very high levels of damage to the body, as a consequence of “oxygen free radicals”.

Because free radicals have been implicated in EBV, several sources show that EBV patients produce more hydrogen peroxide, and superoxide, than normal individuals. Whole food antioxidants should, in principle, be some of the most important supplements used to reduce the risk of oxidation caused from free radicals.

Antioxidants, those that are made in our cells, or absorbed from our diet neutralize free radicals and protect the cells from oxidative injury.  Among the antioxidants found inside our cells are enzymes, glutathione, and CoQ10.  Dietary antioxidants include vitamins C and E, flavonoids, carotenoids, and orgon-sulfur compounds such as, those in garlic.  Also important are trace minerals including copper, manganese, selenium and zinc, which are essential for antioxidant-enzyme function. 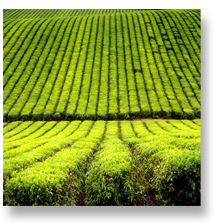 Your daily consumption of fruits and vegetables of every kind will provide you with much beneficial antioxidants. Unfortunately, the soils from which our commercial, and organic fruits and vegetables come from are most likely depleted of vital nutrients. There is no guarantee that the soil has been protected from free radical damage. This is why it is so important to supplement with whole food antioxidants and antioxidant enzymes.

Antioxidant vitamins and enzymes are some of the most important supplements, because of their different abilities to protect proteins, lipids, and DNA, leading to reducing the risk of neuron degeneration and neurotransmitters oxidation.

Why whole foods are the best antioxidant supplements:

Whole food antioxidant nutrients, such as vitamins A, C, and E are derived from our diet and have their primary effect while circulating in the blood outside of the cells. The antioxidant enzyme system (super oxide dismutase "SOD", catalase and others are found naturally in foods such as glutathione and are produced by the body inside and outside of the cells. A major, difference.

This gives the antioxidant enzyme system a much greater advantage in controlling free radicals because free radical production occurs primarily inside the cell.  One of the best antioxidants on the market today is a supplement made from organically grown wheat sprouts, wild edible micro algae, organic kale sprouts and red sea algae. This supplement is a whole food full-spectrum antioxidant. 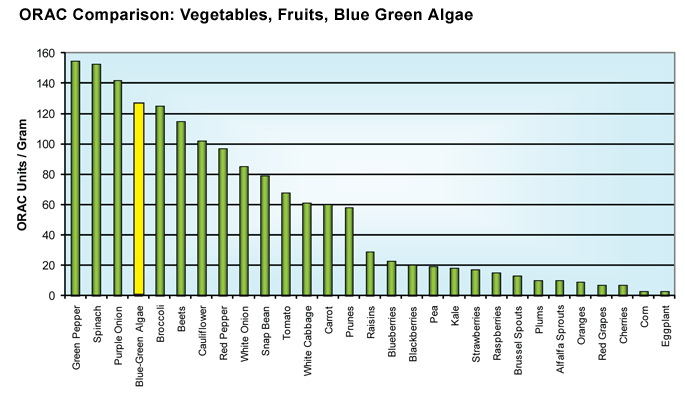 Wheat sprouts, edible wild organic micro algae, organic kale sprouts and red sea algae whole food antioxidant supplements are the most effective, first-line-of-defense, against free radicals. They supply the body and brain with antioxidant nutrients and natural enzymes. The effectiveness of these products have been medically proven through 10 years of animal studies at Indiana State University and Wilkes University. Contact me if you would like a copy of this research.

The overall “synergistic” effect of all enzymes combined together with vitamins and minerals are much more effective than being isolated synthetics, as in many man-made antioxidant supplements are, and is a major reason why wheat sprouts and edible algae in vegetable capsules are able to deliver one million units of total antioxidant enzyme activity! This is power!

Another Antioxidant to consider in your nutritional supplementation program:

Coenzyme Q10 (Co-Q10) is the main and natural approach for the improved treatments of EBV and specifically to prevent mitochondrial oxidative damage of the cells, by the use of Co-Q10.  Co-Q10 are the components of the mitochondrial “electron” transportation system and energy production.

The “right” supplementation of nutrients involved in energy metabolism can reduce the frequency of recurrent migraine headaches that some EBV patients often suffer, according to numerous medical studies. Most of the studies involving the use of Co-Q10 improves energy metabolism.

In a pediatric study Co-Q1O, as part of a multidisciplinary treatment plan reduced headache frequency and headache disability in children with low Co-Q1O levels. About one-third of the 1550 participants (mean age 13.3 + 3.5 range from 3 to 22 years) had Co-Q1O levels below the reference range when they were prescribed one to three mg/kg of body weight per day of Co-Q1O in liquid gel capsule formulation.
​
Among the children who returned to the clinic for timely follow up (mean, 97 days), Co-Q1O levels had improved and headache frequency and disability had decreased. The antioxidant C0-Q10 supplement I recommend has a remarkable combination of organic coconut and olive oils which provides a rich source of omega-3 essential fatty acids, edible wild crafted micro algae, olive leaf extract, and organic reishi and oyster mushrooms.

A summary of the antioxidant supplements I recommend:

Click here to receive a questionnaire so I can learn more about your health challenges.  After receiving your answers to the questions, I’ll be able to customize a specific supplement program for you starting with mild supplements followed by stronger supplements to help your body detoxify and heal.
​
References:
Townsend Letter for Doctors, “Migraine Prevention and CoQ10” - November 2007, pg. 40.